Mort McClennan founded MCMCC in 1971. He's old. Back in the day Mort concentrated on engraving and manufacturing plaques. Today, he and the rest of the salespeople at MCMCC offer their customers a wide assortment of Promotional Products, Business Gifts, and Awards. All in all he's not a bad guy. mortm@mcmcc.com

Big John has been a staple at MCMCC for over 20 years. In addition to being extremely creative with Promotional Products, John rides and rebuilds old Motorcycles. That's when he's not busy at the Gym.

John usually works in the office late at night, sometimes until 6am, so he doesn't usually come into the office again until about 11am. It's a long day. If you want to reach him, you'll probably have to do so between 11am and 3pm - He takes a break from 3pm till 6pm before spending the night in the office. johnp@mcmcc.com

Anita has been with MCMCC for over 15 years in the capacity as Vice President. After working at an in-house ad agency for a large financial institution, Anita ran her own promotional products company (AGS Enterprises) before joining us. She currently enjoys specializing in sports marketing and works with many professional sports teams across the country. Her other outside interests include singing in many concerts, volunteering in the community and extensive travelling here and abroad. She enjoys her two daughters and two cats. anitab@mcmcc.com.

Alec is the only one who really can't be made fun of. Alec started at MCMCC pretty much just out of college in 1999, after a stint selling ski boots in Aspen, Colorado. Alec says he loves working in the industry because he enjoys working with people, and likes helping companies come up with fun and effective uses for promotional products. All of Alec's customers - and their friends are invited to a Christmas Party at his house December 22nd. alec@mcmcc.com

Michelle is the glue that holds MCMCC together. She makes sure that your shipments arrive when we promised they would and quickly takes care of any problems along the way. If your day is dragging and you need a good laugh, call Michelle, she'll come up with something. (This picture is probably outdated, because her hair has no doubt changed colors 3 or 4 times since the photo.) micheller@mcmcc.com

Caroline is our 6th woman, she comes off the bench whenever things get busy or whenever we lose any office staff. She's also the mean one that takes care of our delinquent accounts - She's actually much tougher than she looks - so pay up. carolinem@mcmcc.com 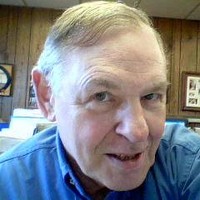